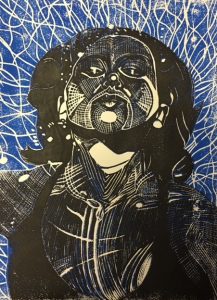 Beloved, do not imitate evil but imitate good. Whoever does good is from God; whoever does evil has not seen God. 3 John 11

Next stop on my sabbatical with the Lord was print making.  I had a lot more freedom in subject matter, and I lingered with my cutting tools and ink rollers for months. The learning curve was huge, but the rewards were incredibly plentiful.

I am a visual and tactile learner.  I had a friend read to me on the phone just the other day, and I think I can remember one sentence of what she said.  On the other hand, if I see something and feel something, I can remember it for a lifetime.

The printmaking I was doing involved cutting linoleum with very sharp tools. A woodworking friend from an art guild in California had given me the tools, but not knowing how to use them or sharpen them, I had put them aside.  It was time.

Similar to the scratch art I did, printmaking makes you think in reverse.  For the areas that will be white, you whittle the linoleum away.  For those that will be black, you leave so that ink will be rolled onto it. 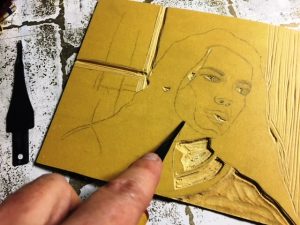 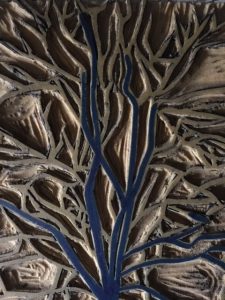 Black and white brings me back to my journalism days.  Before I picked up my first watercolor brush, I was a writer.  I was the editor for our high school newspaper and then got an after-school job at the Nevada Appeal, where I was a reporter and Sunday supplement magazine editor.  The newsroom smelled like 1980s computers, ink, and cigarette smoke coming from the intense and intimidating city editor.  We had a noon press time, and if the presses were not rolling by then, the tension was like a ominous and consolidated cloud over the brain room with reporters and editors.  I tried to metamorphose into something invisible at my computer, but it was situated smack in the middle of the room.  So I just hunkered down at my desk and watched grown professionals spin out of control and smoke more cigarettes until the whirring of the presses began spitting out the afternoon edition.

Like newspapers, the moment of truth in printmaking comes when the ink is applied and the paper is pressed to it.  It is only then, when pulling the paper off of the block, that the flaws come alive and glare at you in your face.  It is the test, and you can see how well you did. 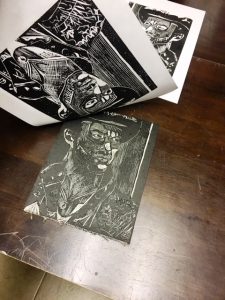 My Father tests me from time to time. It is a bit nerve wracking.  I used to think of His tests in a negative light.  Now I understand that it is a gift because I long to be a more mature believer.

Consider it pure joy, my brothers and sisters, when you face trials of many kinds, because you know that the testing of your faith produces perseverance.  Let perseverance finish its work so that you may be mature and complete, not lacking anything.  James 1:3-4

I also learned from printmaking that my job is to imitate Jesus Christ.  My job is not to create anything new.  He is enough.  He came not to abolish the law, but to fulfill it. Matthew 5:17.  He is the standard, the Word, the living Torah. He came to teach us how to live in his Father’s Kingdom and how to obey our Father’s instructions.  If we mess up, He is faithful to show us as we peel off the print.  We are given opportunity to repent, and to try it again. 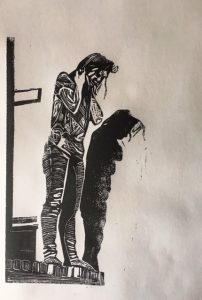 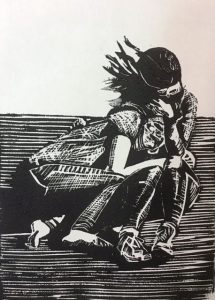 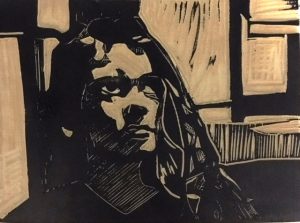 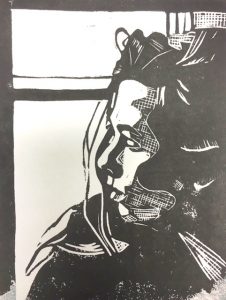